Casein is a protein that is found in milk and used independently in many foods as a binding agent. Technically, it is part of a group called phosphoproteins, collections of proteins bound to something containing phosphoric acid. It may also be called caseinogen, particularly in European foods.

A salt, meaning it has no net ionic charge, of the element calcium, casein has a number of interesting properties that make it useful in foods and cooking. Many people believe proteins are healthier if consumed when not denatured — one of the major lines of reasoning used in supporting a raw food diet. Denaturing occurs when a protein loses its inherent structure, due to high heat or acid for example, at which point it no longer acts in the ordinary manner. Casein, because of its structure, is not susceptible to denaturing.

Casein can be found in two main types: edible and technical. Edible casein is widely used in both medicine and food, both for nutritional value and as a binder. The technical type is used in an enormous range of products, including paints, cosmetics, and many types of adhesives. A significant number of people are allergic to this protein and may find themselves experiencing reactions both to food products and to products such as nail polish that contain it.

People with allergies or who are vegan, and therefore avoid animal products altogether, are not always aware of the prevalence of casein in foods. For these people, it is important to note that, although a product may be labeled lactose free, it may still contain casein for other reasons. Soy cheeses, for example, often contain protein derived from milk, which may stimulate allergic reactions in people who assume that they are dairy free.

Casein has also been linked to negative effects in people with autism. While in most people, this protein is easily broken down by the digestive system into peptides known as casomorphins, and then further processed into basic amino acids, some evidence suggests that in autistics, this process does not occur fully. The resulting casomorphins, which fail to break down completely, may have an effect on the body similar to that of morphine or other opiates. For this reason, some experts on autism recommend that people suffering from autism avoid products containing this protein.

Gluten is a composite formed from several different proteins. It is found most commonly in wheat and other related grains, such as barley and rye. Adding texture and a characteristic chewiness to baked goods, this ingredient is used in a wide variety of other foods as a thickener and binder, flavor enhancer, and protein supplement. Some people can develop an intolerance to these proteins, however; a gluten-free diet often helps to alleviate symptoms caused by this intolerance and prevents further damage to the body.

Along with wheat, other cereal grains that contain gluten are durum, spelt, and einkorn, as well as farro, graham, kamut, and semolina. Many are also used to enhance the flavor and protein of foods, as well as to bind and thicken their consistency. While the grains are often found in breakfast cereals and various baked goods, they can also be included in a variety of other foods that are not as obvious.

Used as a thickener, gluten can be found in soups and broths, as well as gravies and sauces such as ketchup, salad dressings, or marinades. Since it enhances flavor, it is used in bouillon, spice blends, and other foods such as coffees, dairy products, vinegars, and liquors. It can also be found in the substance used to seal envelopes since it acts as a stabilizer.

Gluten is also used on its own as a protein supplement, particularly for people who do not have access to other protein sources. The protein it contains also makes it useful in meat substitutes, especially those used in vegan and vegetarian diets. Imitation meats or wheat meats, such asseitan, are often made of concentrated gluten.

Gluten Proteins
Within gluten, there are actually four main proteins: albumins, glutelins, globulins, and prolamins. Glutelins and prolamins are found in higher concentrations in wheat, while albumins and globulins are more plentiful in corn and rice. Many people associate wheat with the term “gluten,” however, as it is those proteins that are most directly related to health issues such as celiac disease. Glutelins, in particular, are dangerous for those susceptible to intolerance because of the way that acids in the body break them down.
Most of the protein in wheat — 80% — is made up of the prolamin called gliadin and the glutelin called glutenin. When these molecules are joined together due to a chemical reaction, they stretch and harden, allowing dough to form a light, airy loaf with a chewy texture. As a result, these proteins are commonly found in flour and other baking products.

Function in Bread
Kneading dough creates the strands that help the gliadin and glutenin molecules to join or cross-link. The more the dough is kneaded, the more links are developed and the chewier the final product becomes. In addition, the proteins thicken when heated, trapping the carbon dioxide produced by yeast. This enables baked goods to rise more and retain their shape instead of crumbling.
The amount of gluten added to the flour can have an impact on the texture of the final product. Bread flour needs more of these proteins to produce a loaf that isn’t too dense or crumbly, while pastry flour — which should be flaky instead of chewy — has less. The flour industry measures its concentration with a farinograph, an instrument used to indicate density and elasticity among other elements in flour.

Gluten Intolerance
Gluten intolerance is a term that is used to describe three conditions: wheat allergy, non-celiacgluten sensitivity, and celiac disease. According to research, between 5 and 10 percent of all people may suffer from some form of sensitivity. All three conditions are difficult to diagnose, however, so it is thought that many people are not aware that this intolerance may be the source of other health issues.
Most forms of gluten intolerance cause the body to produce an abnormal immune response in the presence of wheat or its proteins. An allergy to wheat can produce symptoms such as hives, difficulty breathing, and digestive problems; in serious cases, a person with this allergy can experience anaphylaxis, a sudden and severe reaction that can be life-threatening. People with celiac disease, which causes damage and inflammation in the small intestine, can suffer from bloating, weight loss, fatigue, and headaches as the body has difficulty obtaining all the nutrients it needs from food.

Gluten-Free Diet
Avoiding gluten altogether is the only way to prevent the damage caused by an intolerance, though this can be difficult to do. A gluten-free diet requires a complete understanding of what it is and where it can be found. Gluten is found in many products, so it’s necessary for someone following this diet to read labels carefully and know what products might contain it. In general, “gluten-free” means that the product contains less than the minimum standard that is considered to be harmful, though this number varies worldwide. Because so many foods contain these proteins, finding alternative sources for all of the vitamins, minerals, and fiber required for a healthy diet can be a challenge. 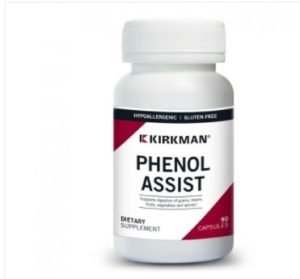