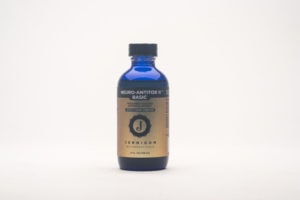 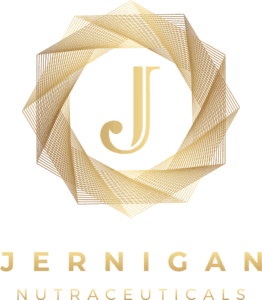 Good for global detoxification of the Lyme toxins, heavy metals, and for those who are unsure which specific Neuro-Antitox formula to take, this is our most popular formula.

Recent Usage: (Silphium laciniatum) has been shown through clinical research to be possibly the greatest anti-neurotoxin substance found to date. Silphium is thought to breakdown and/or bind microbial neurotoxins. It has demonstrated stellar results in the elimination of the primary toxins released by Borrelia burgdorferi, the causative microbe in Lyme disease, Multiple Sclerosis, ALS and over 350 neuro-toxic illnesses. In regard to Lyme microbes, Silphium also seems to assist in providing the body’s crystalline matrix with the information needed to resolve the pleomorphic phase, L-form of the Lyme spirochete. Clinical research reveals that Silphium may also bind heavy metals, and breakdown isopropyl alcohol, and benzene accumulations, adding to its phenomenal arsenal of beneficial effects. Silphium is recommended to limit herxheimer reactions during any type of antibiotic, antimicrobial treatments.

Bio-Resonance Scanning has revealed it to be highly beneficial in addressing the accumulation of ammonia in the brain tissue as seen in cirrhosis of the liver, hepatitis, and the local accumulations in the brain as seen in neurological Lyme disease. Silphium is also beneficial at clearing nitric oxide (NO), the metabolite of ammonia in the musculo-skeletal system. Nitric oxide accumulates in the joints and muscles in reaction to Borrelia burgdorferi and other Borrelia strain spirochetes, which release ammonia which is almost instantly converted into nitric oxide. Nitric oxide causes a hyper-inflammatory response in the tissues leading to fibrin accumulation, joint and muscle pain and stiffness, as well as potentially increasing the production of the thick fibrin-coating of tumors.

Salvia Azurea, Blue Sage: Not much information on this plant as to why it was needed in the Neuro-Antitox II formulas. It was just needed to help the body get rid of the neuro-toxins.

Expectations of Improvement for Neuro-Antitox formulas: Although every person is unique, it is not uncommon to experience an improvement in symptoms within the first 48-72 hours of starting the Neuro-Antitox formulas. One of the best tools for judging improvement is the VCS or Visual Contrast Sensitivity Test. This test takes only 5-minutes to perform and is often reimbursable by insurance companies. This test demonstrates the presence and interference of Neuro-toxins or bio-toxins in the brain. This test lets you know if the Neuro-Antitox is working, so you do not have to rely on what the patient tells you. This is a must in the clinic. http://www.chronicneurotoxins.com (Dr. Ritchie Shoemaker, MD)

Dramatic improvement has been documented using this test in as little as one week and on occasion as much as a month to demonstrate improvement in re-testing.

How the VCS Test Works (from Dr. Showmaker’s website)
“The visual system includes a complex neurological network that involves the retina, optic nerve, brain nuclei and the visual cortex. One of the main outputs of the visual system is pattern vision. The VCS tests is an indicator of ability to detect visual patterns. The test measures the least amount of contrast between light and dark bars (sinusoidal grating) that is needed for the viewer to detect the bars. VCS is measured at five different bar sizes (spatial frequencies) because perception of different bar sizes is mediated by different physiological components, and these components are differentially susceptible to effects from different toxic substances (10-17). The largest effects of biotoxins are at the mid-size bars (1-8). To measure VCS, viewers are presented a series of bar patterns at each of the five bar sizes. Viewers respond by indicating that the bars are tilted to the left, tilted to the right, are straight up and down, or that they cannot see any bars. The pattern with the lowest contrast that is correctly identified is the measure of VCS for that bar size. Upon completing the VCS test, viewers receive a message indicating that biotoxins are (positive) or are not (negative) likely to be involved in their illness.”

Neuro-Antitox II Basic is good for global detoxification of the Lyme toxins, heavy metals, and for those who are unsure which specific Neuro-Antitox formula to take, this is our most popular formula.

Unlike the other three Neuro-Antitox II formulas, Basic does not contain any sarcobioenergetic potencies.

Toxicity:  According to the criteria set forth by the FDA, all of the ingredients in the Neuro-Antitox Formulas™ are considered so non-toxic that no LD50 is required, much in the same way as any plant/vegetable.  Side-effects:  No direct side-effects have been reported in the literature for any of these ingredients.  Each of these ingredients however is expected to mobilize various heavy metals from virtually any tissue in the body.  There is the chance that these metals may become lodged in a more sensitive tissue than the tissue from which they came, causing new symptoms.  This is true in any form of detoxification.  New symptoms or a worsening of existing symptoms should be followed up with your health care professional and is usually remedied by increasing toxin releasing therapies, like Infra-Red Saunas, Ion-Cleanse foot baths, ST-8s.